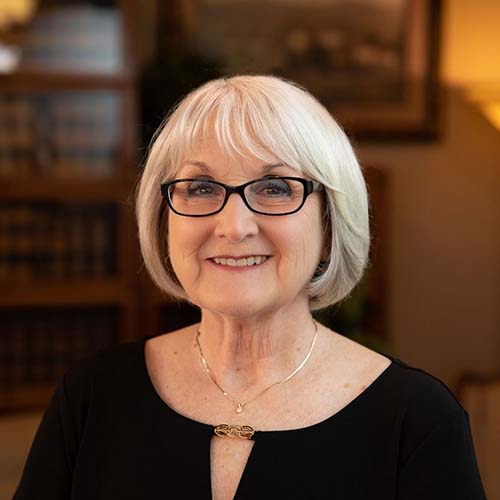 Kathy Funck has been a legal assistant for more than 30 years, the past 20 of which she has spent working directly with Fletcher Handley. Kathy is married to former Canadian County Assessor Ronnie Funck, and they have three grown children and three grandchildren. The ties between the Funcks and the Handleys go back a long way. When Fletcher moved to El Reno in the fourth grade, the first friend he met was Ronnie Funck. They attended the same schools and grew up within five or six blocks of each other. For many years, Ronnie and Kathy have lived in the home Fletcher grew up in, on Country Club Road, in El Reno. Fletcher lives about two blocks away. The connections don’t end there, however. Dianne Handley is a Deputy County Assessor. Her boss, of course, is Ronnie Funck. Kathy is very skilled in all facets of the legal field. She has worked with Fletcher primarily in the areas of Personal Injury and Family law; but has significant experience in all areas of civil litigation, as well as the preparation of Wills and Powers of Attorney. She is clearly the “Radar” of “Mash” fame that keeps The Handley Law Center running.

Our firm is like no other. Experience the difference we can make for you and your future.