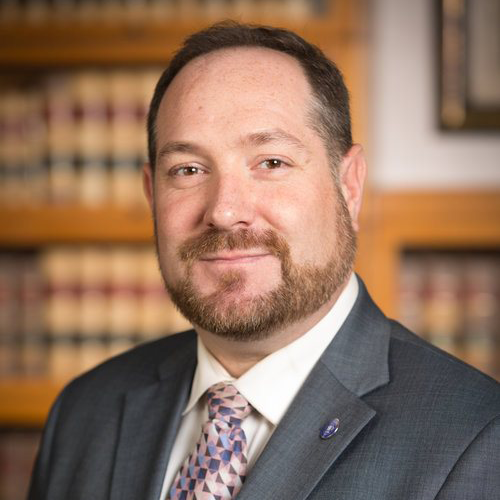 Ashton A. Handley is a trial lawyer and Partner at The Handley Law Center. He received his Juris Doctorate from Tulsa University’s College of Law in 2008 and has since gone on to serve hundreds of clients throughout the state of Oklahoma. His practice is primarily focused on representing clients in central Oklahoma involved in high-asset divorce and family law litigation, as well as defending clients charged with criminal offenses such as DUI and drug trafficking. He also practices in the areas of personal injury and is a leader in the emerging field of medical cannabis law. Ashton is a US Navy Veteran, and in 2003 while aboard USS Boxer (LHD-4) in the Persian Gulf, he was awarded the Navy and Marine Corps Achievement Medal for his service during Operation Iraqi Freedom. He is a member of several Veterans Organizations, including the American Legion. Ashton is also very active in the Benevolent and Protective Order of Elks and serves on the Oklahoma Elks Association Veterans Affairs Committee. He is a past Exalted Ruler and District Deputy Grand Exalted Ruler. He currently serves as chair of the board of trustees of his local lodge. Ashton’s other civic involvement includes serving on the El Reno Main Street board of directors and he is a Past-President of the El Reno, Oklahoma, chapter of Rotary International. Ashton’s volunteer work includes organizing and fundraising for Lawyers Fighting Hunger’s Annual Turkey Giveaway and serving as the President of the Board of Directors for a local non-profit court-ordered counseling program Second Chance and Re-entry Services (SCARS). He is a member of the American Bar Association, Oklahoma Bar Association, Canadian County Bar Association, American Association for Justice, Oklahoma Association for Justice, Public Justice Foundation, National Association of Criminal Defense Lawyers, Oklahoma Criminal Defense Lawyers Association, International Society of Primerus Law Firms, and is a fellow of the Oklahoma Bar Foundation. Ashton has been an active member of the ABA’s – Tort Trial and Insurance Practice Section, serving on the TIPS’ Task Force on Outreach to Law Students from 2005 to 2010, and the task force on Outreach to Young Lawyers from 2010 to 2014. He currently serves on the OAJ Advisory Board of Directors and is a Past-President of the Canadian County Bar Association.

Ashton was listed in Oklahoma's “10 Best" by the American Institute of Legal Counsel- DUI/DWI Division in 2015 and 2016 as well as "10 Best" by the American Institute of Family Law Attorneys in 2017. The National Trial Lawyers named him one of their Top 40 under 40 in 2016, and since 2017 listed him as a Top 100 Trial Lawyer for the State of Oklahoma. He is a graduate of the 2015-16 Oklahoma Bar Association Leadership Academy and maintains a 10 out of 10 rating by Martindale/Avvo.

I'm here to provide strength when you need it most.